Open Data Day is only 7 days away, the countdown has begun! With events in 13 cities across Germany, we’re definitely going to see some new data sets published, new open data projects created and apps redeployed. But many people going to these events aren’t going with a specific project in mind. So here are three ideas for what you can work on next Saturday.

Add your hood to Click-that-Hood

Click-that-hood (code) is geo game based on open data. As the time counts down, you need to identify the geography of your city, country, or continent. It has data from lots of places all over the world, but it’s missing some data from Germany. This Open Data Day, add your city. 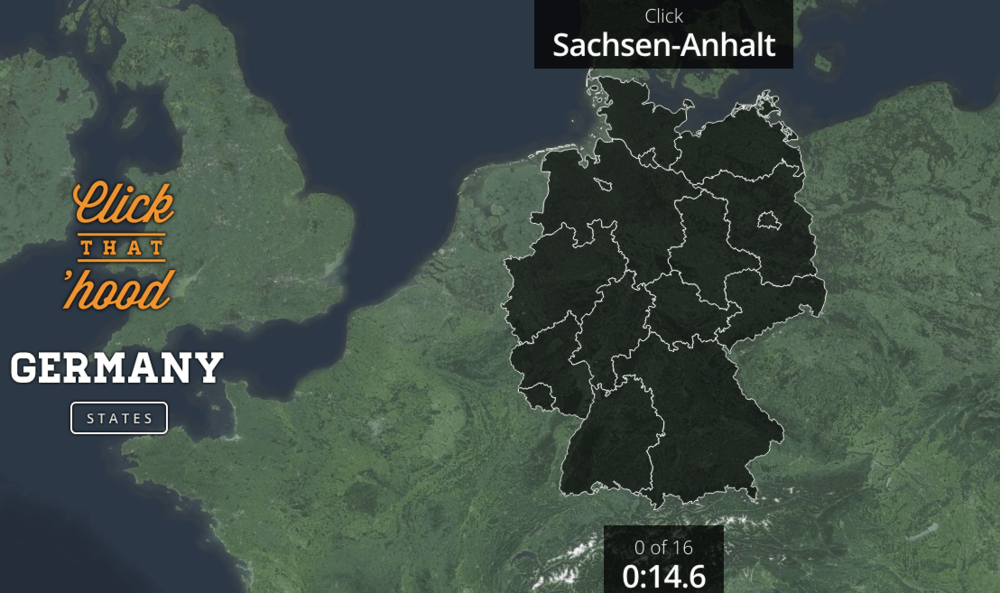 How do I deploy it in my city?

There are detailed howto instructions, but the short version is:

Where in Germany has Click-that-hood already been deployed?

Here’s where it has already been deployed:

Where in Germany is lacking geodata?

This Open Data Day, you can add geo data for any of these German cities:

Click-that-hood is a very quick project once you find the data. It’s definitely a project that you can start and finish during the event. 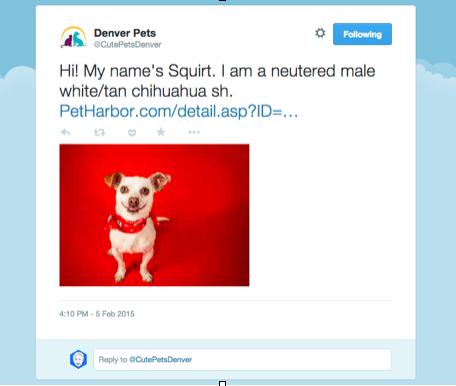 Last year in Denver, Colorado I made a twitter bot called @CutePetsDenver. Every few hours it gets data about adoptable animals and tweets adorable pics and info. As a part of their intake procedure, most city shelters & non-profit shelters take photos and record data about homeless animals. Generally this data rarely ever ends up in online places where people can see it, which is shame because it means animals stay homeless longer. Sometimes the data ends up on a shelter website, but it almost never ends up on social spaces online like twitter, facebook, instagram, and so on. The CutePets bot bridges that gap by taking info about adoptable animals and periodically sharing it on social media.

15 redeploys in the US, now let’s redeploy it in Germany 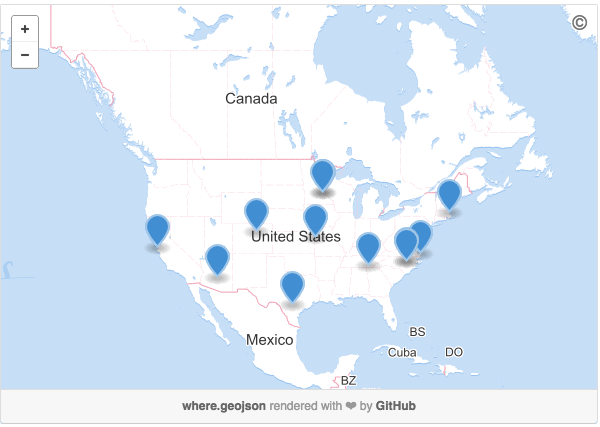 Only a few months after launching the first bot in Denver, people in other cities were working with the code and got it working with their city’s animal shelter data. It has now been redeployed in 15 different US cities, including Boston, San Francisco, Austin, and Minneapolis. Now let’s bring it to Germany!

How do we redeploy it in Germany? (We need data)

There are detailed deployment instructions, but the quick version is:

Right now there is only one barrier to redeploying this project in German cities: we need pet data. If you’re looking for a project for Open Data Day, you could work on getting the data opened up and deploy the first CutePets bot in your city.

What exactly do we need?

In short, we need a simple API. The ideal solution would be an API that connects to a database for a shelter. If that’s not possible, you can hack it together with scrapping. That’s how I made the first version in Denver. Your API endpoint can be populated entirely by scraped data. In Denver we just scraped the data from a webpage, put it into a json API, then had wrote the twitter bot to consume that API. Later when I was able to get in touch with the owners of the data, we were able to create an API direct from their database.

If you take on this project for Open Data Day, check out this specification that I wrote for pet data. If the data comes out fitting that json api, you would just need to connect the CutePets code to your API and (tada!) you have a twitter bot.

Raise Your Paws If You Like Open Data. The code is available here, with step-by-step instructions for redeployment: https://github.com/codeforamerica/cutepets.

Contribute to an existing Code for Germany app 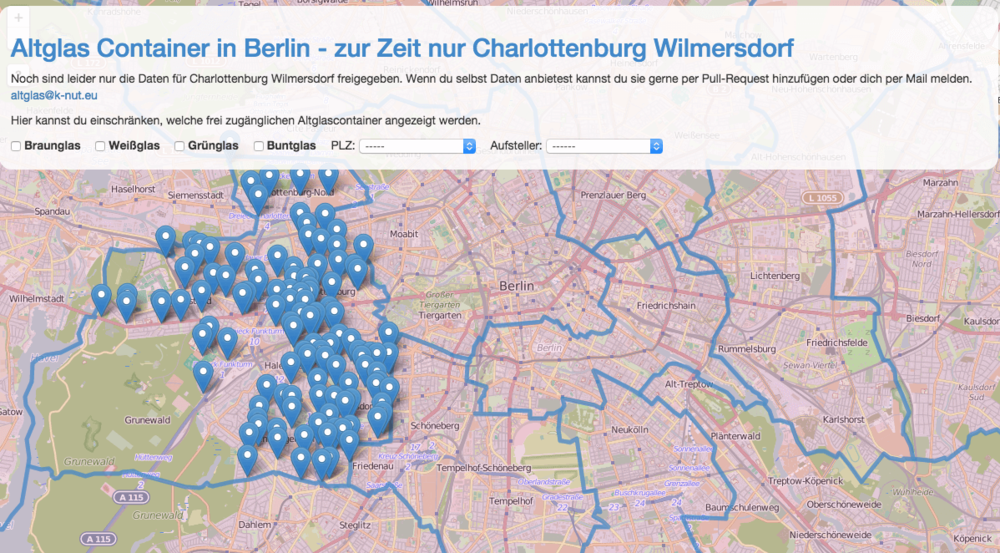 There are dozens of apps from Code for Germany, some of them just need more data. For example, last year a team from Berlin’s Open Data Day cleaned up some data about Altglascontainer and made a filterable map of Altglascontainer locations. The problem is that they were only able to get data for one neighborhood in Berlin.

How can you help?

What else? Other project ideas? Get in touch

Are you a member of a Lab and have a project that is ready for other people to redeploy? Or is there a dataset that you need for your app that and you need help from other people who could work on trying to get it? Or maybe there’s a feature for your existing Lab project that you want help with. Get in touch, we may be able to help connect you with people. We’ll have Code for Germany staff at a few different cities and would love to encourage people to work on redeployments and collaborating across the country.Email me if you ideas for redeployments: drew -a- codeforamerica.org.